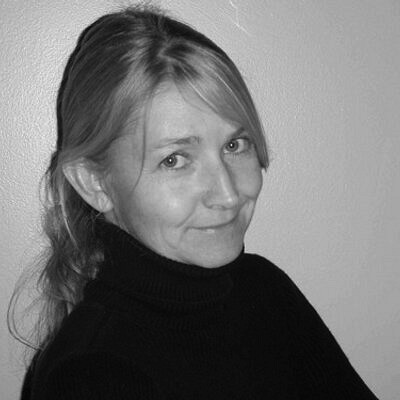 Sharon Ricci, a vision of a magazine that boldly celebrates brilliance 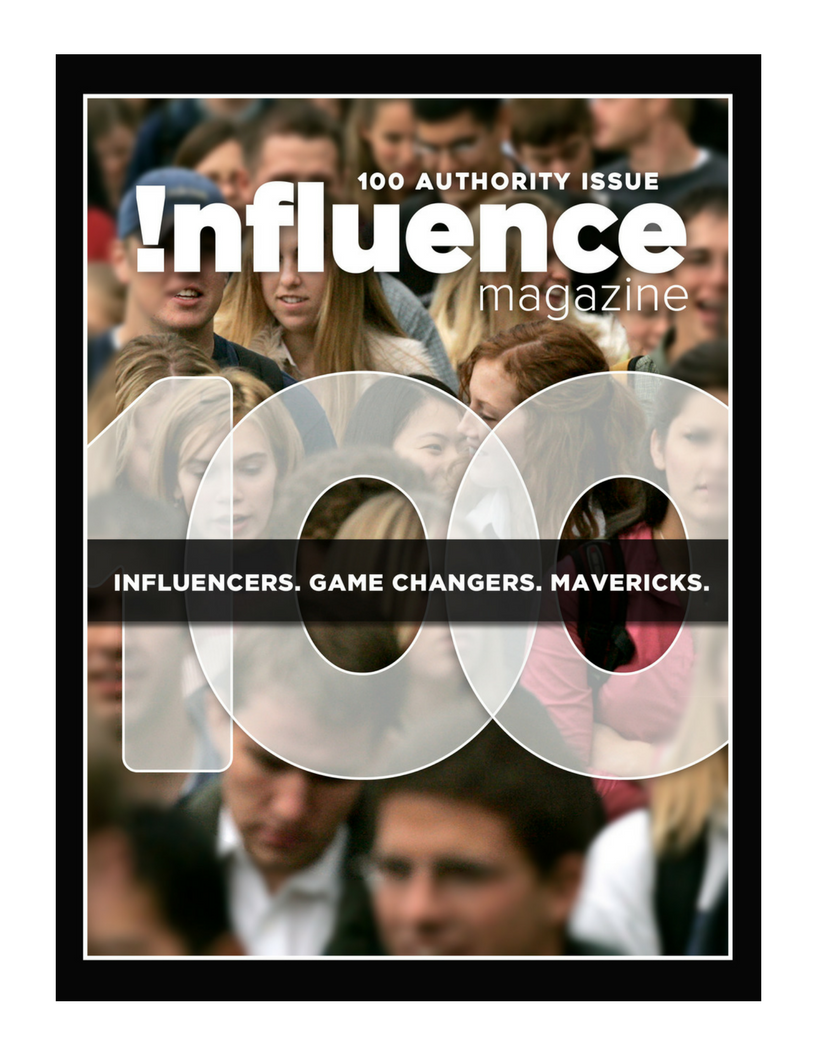 Sharon Ricci is on a quest.  She is looking to bring in-depth interviews with North America’s best entrepreneurs to her new pop up magazine, Influence. Her focus? Boldly Celebrating Local Brilliance by discovering and then sharing the human story behind the business success. As Editor in Chief, Sharon’s role is to interview, but this spring, Influence Magazine contributing writer, Sara Brown, turned the tables and had Sharon answering the questions. At the heart of this warm, genuine and down-to-earth woman is a deep-rooted belief that every life has an important and unique tale to tell.  As it turns out, Sharon’s story is pretty special too.

What are you’re doing right now in terms of business?  I know you wear many hats.

Where’d the motivation come from to start the magazine?

My dad was an entrepreneur in the heavy equipment business. He was a one of a kind guy. He had a great story to tell. He ran his business on his own terms and thrived even when interest rates jumped to over 20%. He had customers all over the country and he relied on a fax machine and no internet! His approach to marketing was to put photos of his three daughters and a crazy dog on his print ads every Christmas. He made a success of his business and it took care of my whole family. We traveled and had a great life because he worked his ass off every day and made it look easy. He employed local guys and he was active in the Lions Club. His story would have been inspired, and crazy. Definitely a bit crazy. I think there are thousands of people like my dad, the people brave enough to get a business off the ground and make it run. Those are the people I want to help be known, I want to give them a stage to share their stories on.

Tell me about the first issue of the “new” Influence Magazine.

In this issue we're celebrating what we consider to be the Best of the Bay Innovators. We picked entrepreneurs from every walk of business. We chose 11 people and my team interviewed them one by one. Every single conversation blew my mind. The insight and ideas that were shared made me feel like I was curating an incredible human library of information and lessons learned. When it came to editing the articles I used a very light touch. I asked myself, Who am I to trim that answer? This is information and insight that most people will not have access to. I'm lucky enough to be talking to, let's say, Mark Chamberlain so I have an obligation to give our readers the whole conversation because they may never have the pleasure of sitting with him themselves.

So as you're listening to all these very different people who are doing very different things, are there any threads in their stories that have jumped out for you?

I think the thread I heard over and over again is that they love to solve puzzles. I heard that from at least half of the people. They loved taking something apart and putting it together. They were taking what existed, and they were changing it.

There was also a theme of a high tolerance for risk, which has been a great business lesson for me sitting across the table. It is all around taking those risks, being willing to fail and working hard. There is absolutely a thread that goes through all these people's stories of innovators who didn't give up. They kept going out and they just kept pivoting. If this didn't work, they pivoted. If that didn't work they pivoted again.  It was Mark Chamberlain’s motto that I will never forget. He said some of the best advice he ever got was to “Fail fast."

What kind of entrepreneurs are you going to be featuring?

When I started the magazine, someone said to me, “Well you're only going to focus on top level CEOs right?"  I said, “You know what?  Nothing humbles me more than driving through an industrial park where there are at least 100 grey doors, and behind every one of those is someone who is doing something awesome. And they might be employing two other people or five or ten. That to me is incredibly noble.

I love the idea of entrepreneurship, hiring people, stimulating the economy, putting your ass on the line for something that you want to do.  But in reality, these are companies that very few people knows about.

Take this guy I know. His name is Yousif. He owns a roofing company and he's under 30. He came from Iran. He's got two young kids, and he employs ten guys. I'm sure he sweats the payroll every week but he keeps on growing his company. Every year it gets bigger. He is in one of those industrial parks behind one of those grey doors, and he is an amazing story. No one is knocking on his door to tell it.  He doesn't have a stage to tell his own story on, and that's what we're offering.

And that's part of what makes us able to connect with other people, right? But outside of connecting us as humans, why is storytelling important?

I think stories are important to pass on knowledge and insight. We've lost so much of that storytelling in our culture.  Stories pass on knowledge, information, and experience to the next generation.

When I was a young mom, we discovered the Waldorf schools. A Waldorf school is deeply involved in storytelling in all aspects of the curriculum because stories reach a part of our brain that straight facts simply don't. That corelates to what I'm doing now because if I tell you a story about a business owner where you get to know them personally, you'll remember that article six months later.

Tell me about young Sharon and how your experiences led you here.

I’ve always been a storyteller.  I am the third of three girls, so as the baby of the family, I was a bit of a clown. I was always telling stories and always reframing events, so even if something quite bad would happen, I was the one who would be able to tell a funny story about it, and turn it around, or tell it from a different angle. As a teenager, I wrote personal notes continually to one of my very best friends, Annette Wyatt. It probably would have been thousands of notes that we wrote over those high school years.  And they weren’t just little notes like, “Meet me in the cafeteria” or something. They were these long, drawn out notes where I really honed my writing style. I've always written in a cheeky way. I think I got most of my training as a writer penning those notes between grades 9 and 12 and the rest has been gravy.

Yeah, I come by it very naturally.  I have a book at home that I started writing about 20 years ago. The book was filled with short stories about my family and growing up in a small town of 545 people in Lynden, Ontario. I started writing it because I thought, These are our real stories and no one is going to tell them if I don't. I’m drawn to real human stories of everyday, "amazing in their own way" people. I think they’re just as great or even greater than the stories of the celebrities that we idolize.

Fast forward from highschool to here. Give us the headlines.

The quick version is this: Started college in business and switched to Journalism within a few weeks. Kicked out in second year for spending too much time writing for the student newspaper and skipping class. Quickly switched my major to Advertising Business so I didn’t have to leave Windsor and go home. Before graduating I was the President of the Student Government. That part of my life was a big adventure of stretching and failing and then getting back up and moving on.

I jumped straight into the advertising world through the media department and after a few years made my way to the creative department where I was a lot happier. I was writing TV, radio, print and outdoor for some of Canada’s biggest brands. I also got to wear running shoes and jeans so clearly, I was super happy.

Have you written for any companies we’d recognize?

Of course! My favourite was an outdoor board on the Gardener Expressway. Honda was the client and they were the official car for the Toronto Blue Jays. The Skydome was brand new at the time. We shot a Honda Accord from the top, with the sunroof open, and the headline I wrote was: “The Blue Jays Other Retractable Roof.”

Thanks. Another ad I always loved was “The Official Wings of the Toronto Blue Jays” which of course was a beauty shot of a line-up of Hondas. It was a great account to have some fun on.

Tell me about the challenges involved in transitioning from working for an agency to running your own ad agency.

As far as security goes, big agencies aren't that secure anyways. [Laughs.]  I remember being on the creative team at JWT, and Burger King was the biggest client we worked on. One day they decided to walk out the door. The whole team was worried, wondering if there would still be jobs after lunch. When a really huge client leaves, it doesn't matter how big the agency is, someone is going to be packing a cardboard box and standing out on Bloor Street by the end of the day. So security in my business isn't a sure thing ever.

You were positive it would all work out when you went out on your own?

I approach life from a natural state of abundance. There's a theory that people come from a state of abundance where there will always be enough, or they come from a state of scarcity where there is never enough and they will be left without. I naturally lean to abundance. I share information, connections and ideas freely. I know there will always be more of what I need whether it's a writing gig, an amazing feature for the magazine or just a parking spot by the front door. My compass is pointed to positive. If one door closes, I work hard and stay nimble and three more will open. No matter what happens I know I'll bounce. I'm a bouncy kind of person.

So you know, as a funeral celebrant I tell stories about people.  If I was to do your funeral (a very, very long time from now), what would you want people to know about you in terms of what you did?

I would hope you would say, “She was a great Mom who was always there for her sons, a generous soul, a very good storyteller and a pretty damn good entrepreneur. Maybe add in that my biggest pleasures in life were travelling anywhere south, spending time talking at Starbucks and that I loved Netflix almost too much.”

Your story is fantastic, Sharon, and I thank you for giving me the privilege of telling it.

Thank you very much. 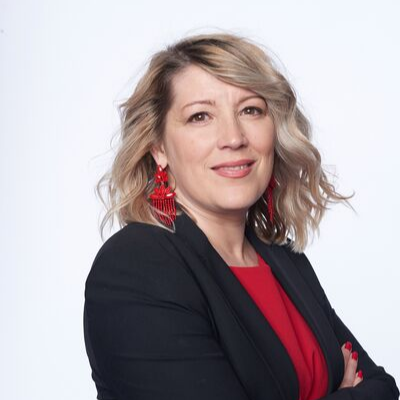 Top 100 Authorities
Tricia Benn, Celebrated Authority in Growth, Market Disruption and Your Only Ticket into The Hero Club? 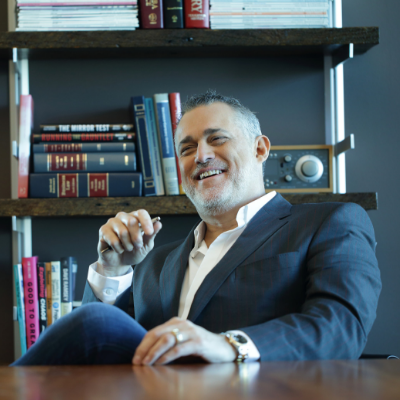 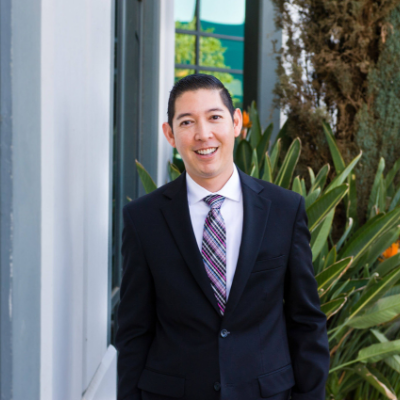 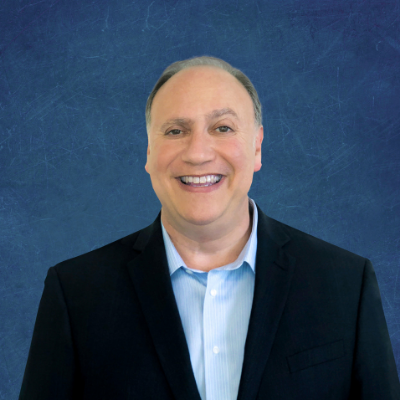